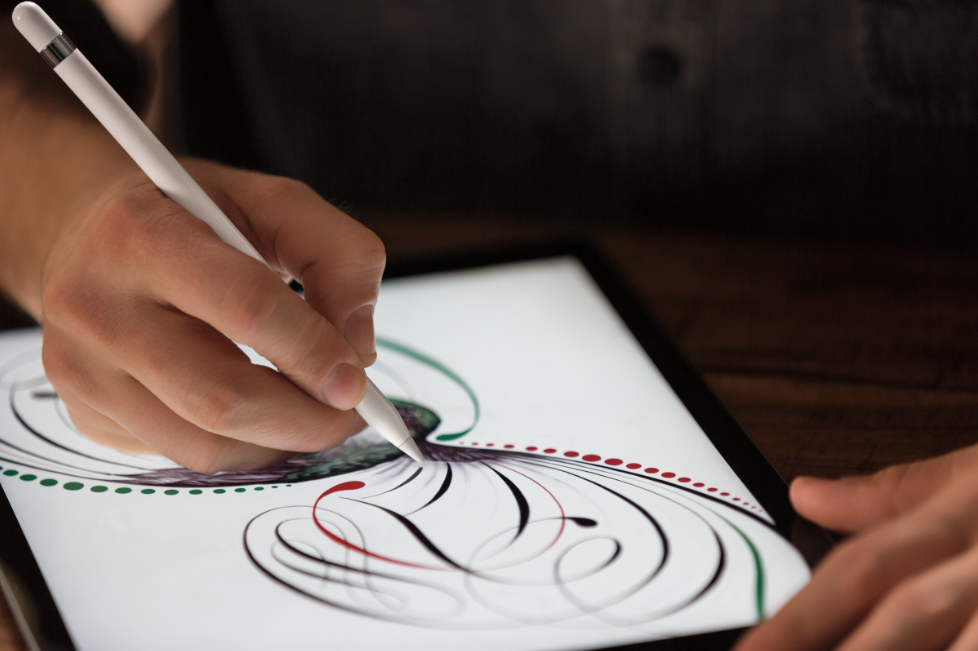 Apple’s newly revealed 12.9-inch iPad Pro is the first modern Apple device compatible with a stylus since the Newton Message Pad, released more than 20 years ago.

Apple’s stylus for iPad Pro is not simply any old stylus. It’s not even called a stylus. The Apple Pencil, unveiled alongside the iPad Pro, is designed and engineered to look and act more like a traditional pencil than a digital stylus.

The iPad Pro takes on the Surface Pro 3 as a productivity tool and, since the stylus (or Pencil) is an integral part of using these devices, we took a look at how the Apple Pencil stacks up against Microsoft’s Surface Pen.

Price: Included with the Surface Pro 3 or sold separately for $49.99.

As highlighted last year by Josh Lowensohn in an article for The Verge, almost all of Microsoft’s 30-second ad spots only show the Surface Pen used to draw circles on the screen. You’d be forgiven then for thinking drawing circles is all the Surface Pen is good for.

As Lowensohn himself points out later in his article, the Surface Pen is good for far more.

The top button is dedicated to one-click OneNote access (Microsoft’s note-taking app). One click opens a blank note (even if the Surface is locked or asleep), ready to write on and automatically saved. A second click closes OneNote. Clicking the top button twice takes a screenshot of whatever is on the Surface’s screen.

The Surface Pen is useful for a variety of tasks normally associated with traditional pen and paper, including writing and drawing on the screen (converted to text), highlighting and writing on PDFs in a range of apps like OneNote, Adobe Creative Cloud, Fresh Paint, and Drawboard PDF.

More technical uses are also possible with support for AutoCAD 360 and Bluebeam Revu to annotate, design and document projects.

Pressure sensitivity: Apple hasn’t shared any hard data but said it re-engineered the iPad’s touch subsystem to accurately measure both finger and stylus input on the same plane. According to Apple, the touch subsystem now scans twice as often in order to capture more points per stroke.

As for the Apple Pencil, responsive sensors built into its tip works with the iPad Pro to detect position, force, and tilt. Tilt detection appears to be one of the biggest differentiators for Apple Pencil – more on that later.

As with the Surface Pen, a light press delivers a thin stroke while a harder press gives you a darker, bolder stroke. While Apple did not specifically mention palm blocking technology, it appears to be included as the demos showed the Apple Pencil being used with the user’s palm resting on the screen in many instances.

Tilt detection is achieved by signals emitted from two locations in the tip calculating the angle and orientation of the Apple Pencil to deliver broad or shaded strokes.

The Apple Pencil can be used simultaneously with your finger.

Size: No details have been released, but the Apple Pencil is round and longer than a traditional stylus.

Connectivity: Lightning connector under the removable magnetic cap at the top used to pair the Apple Pencil with an iPad Pro via automatic Bluetooth connectivity.

Power: The Apple Pencil recharges by connecting it to the iPad Pro via the Lightning connector. According to Apple a full charge will allow 12 hours of use and just 15 seconds of charge will provide up to 30 minutes of use.

Apple Pencil works with apps like Mail, Notes, Procreate, the popular Paper by FiftyThree, and Office 365 for iPad as well as a number of specialized apps.

Microsoft has optimized its Office suite for iPad Pro and the Apple Pencil with a new Inking feature. Using the Apple Pencil, you can annotate documents, draw sketches, highlight text, and more.

Adobe demonstrated the Apple Pencil’s capabilities when used with Adobe Creative Cloud apps and it is here where the tilt recognition really leaps out at you as a standout feature. For example, a watercolor brush effect for Apple Pencil changes the paint-to-water mixture as you change the tilt of the Pencil, allowing artists and designers to adjust the degree to which colors mix after making a stroke.

For more technical applications, the Apple Pencil can be employed for design and prototyping in AutoCad, UMake (a next-gen 3D sketching app for iOS) or digitally marking up anatomical graphics and images with 3D4Medical.