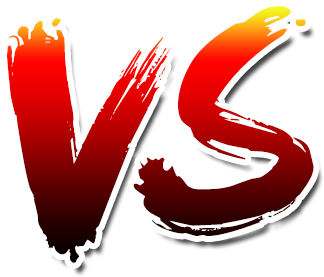 If you have tried to shop for a stylus, it’s likely that you came across hundreds of them. However, all these styli can be classified into two main types: the active and capacitive styli. For your investment to last a long time, you should be cautious when choosing between these two models.

Pros and cons of capacitive styluses

If you’re looking for flexibility and versatility, a capacitive stylus, which can work any type of touchscreen is the best choice. It works efficiently whether you have an android, iOS or windows system. In contrast, no active stylus can work with an iPad.

Another advantage that capacity styli have over the active models is that they’re economical. Capacitive styli are not equipped with any sophisticated technologies that warrant high pricing.

Also, these styli don’t use any batteries. Ideally, your capacitive stylus can function as a digital stylus. A digital stylus uses its battery power to generate capacitance using the soft tip of your stylus. Digital styli can only connect to your device through Bluetooth, especially if you want additional features such as the ability to use shortcut buttons found on the side of your stylus.

On the flipside, the tip of a capacitive stylus is often too big; hence, blocking off the lines found beneath. Also, the tip of a capacitive stylus does not offer the precision you get with an active stylus. The problem of having such a big tip is that it makes it difficult to see the line of sight due to the lines produced. If you want to avoid this, you can for advanced styli like the Adonit Jot Pro, which is equipped with a plastic disc, allowing you to see through the line.

If you’re looking for a stylus with palm rejection, the capacitive type is not your best bet. Put simply; this means that your tablet will have a hard time differentiating the stylus tip from your fingertips. It also implies that your smart device will not have any capability to execute palm rejection. So far, the only stylus equipped with palm rejection capability is the Apple pencil. However, this capacitive stylus is not entirely perfect. For drawing purposes, you’ll be forced to raise your hand from the display so as to avoid stray strokes.

Another drawback of using capacitive stylus is that it does not have pressure sensitivity. Typically, it does not have digitizer technology, which helps in detecting the amount of pressure you exert with your stylus.

Many users have also complained of parallax error when using their capacitive styli. The position of where the lines appear below the tip depends heavily on the angle at which you hold your stylus. It explains why a couple of drawing apps have a feature that lets you pick your preferred hand posture. Occasionally, parallax may be seen, especially if your display is set in portrait mode.

Jitter problem is pretty common among capacitive styli. The major drawback of using digital capacitive styli occurs when you’re drawing diagonal lines. These lines are affected by jitter causing them to appear wavy. This jitter problem may be more common in some styli than others. Considering the level of accuracy required by some professionals such as graphic artists, this jitter problem is often a deal breaker. On the bright side, you can only encounter this problem if you’re using a digital stylus, and it’s usually designed for select devices.

Pros and cons of active styluses

Another benefit of using an active stylus is the fact that it has pressure sensitivity levels. Thanks to the digitizer technology, your touchscreen is able to determine just how much pressure you’re exerting with your stylus; hence, generate the exact thickness for the stroke.

Active styluses have excellent palm rejection. One thing you’ll note when using an active stylus is the hover mode whenever your pen is on the screen, which prompts a cursor to pop up. This way, your device can determine that a stylus has been placed on the screen; hence, treat any other contact as foreign and unwanted. This process guarantees flawless palm rejection. But for this to work without any hitch, the stylus should always be in close proximity to the touch screen.

We also like that active styluses may have additional features. With some models, flipping the stylus prompts it to switch to eraser mode.

Given the extras that active styli offer, it’s not surprising that they’re more expensive than their capacitive counterparts. Another drawback is the fact that this stylus needs to be connected to an app so you can get fully customized features.

To have full control of the stylus features, the stylus will need support from the OS and relevant programs. For one, only the OS can provide the drivers that let you regulate the level of pressure sensitivity or to tailor the stylus shortcut buttons.